The Penn Branch community celebrates the life and legacy of Gilbert Bussey, Sr., former Penn Branch Citizens Civic Association president, who transitioned on May 12. Mr. Bussey was a resident of our community for more than 50 years. He was a leader, inspiration and played a major role in cultivating Penn Branch leaders and creating a strong community. https://www.legacy.com/obituaries/washingtonpost/obituary.aspx?fhid=17022&n=gilbert-bussey&pid=192904220 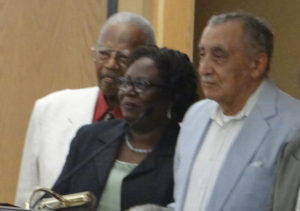