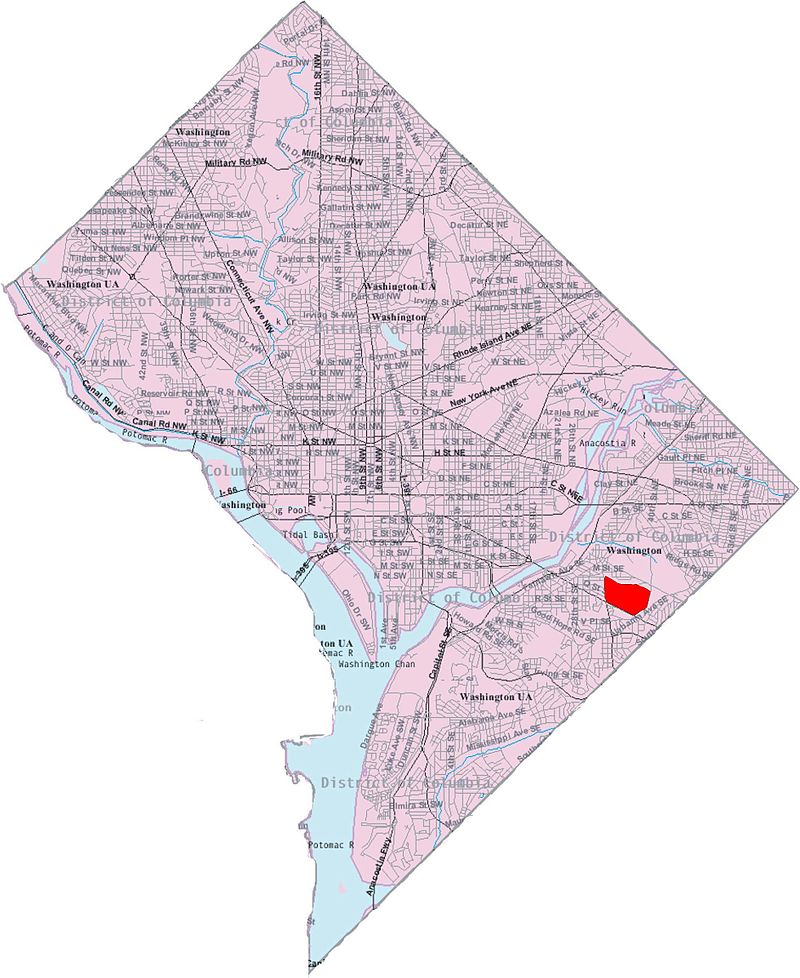 Penn Branch is a neighborhood in Southeast Washington, D.C., east of the Anacostia River. It is bounded by Pennsylvania Avenue SE to the south; Pope Branch Park and Pope Creek to the north; Branch Avenue to the west; and Fort Davis Park to the east. While the neighborhood technically lies within the boundaries of the larger Dupont Park, all of it is now commonly referred to as ‘Penn Branch’, taking its name from its location at the intersection of two major thoroughfares, Pennsylvania and Branch Avenues.

According to the Washington Post, Penn Branch was one of a select few D.C. neighborhoods which did not suffer a single homicide during the 2000-2011 period.[1]