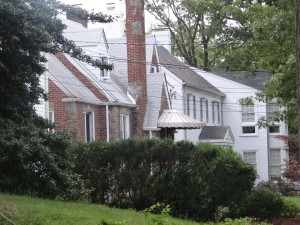 The Penn Branch Citizens Civic Association was formed over 40 years ago by members in the community.The need for an association stemmed from specific neighborhood concerns such as water and sewer problems; the lack of sidewalks and curbs on some blocks; no posted traffic signs; and issues arising from the many District and Federal Parks that surround or are located within Penn Branch.

The boundaries of the community served by the association extend from 38th Street East to Branch Avenue West, and from Pennsylvania Avenue South to Pope Branch Park North. 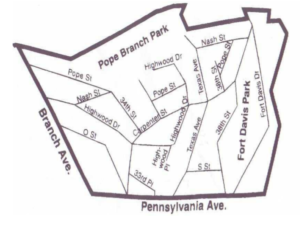 Within these boundaries are approximately 550 houses on tree lined streets covering rolling hills with easy access to the many wonderful features of the greater Washington metropolitan area. The Penn Branch community is a touch of the suburbs in an urban setting providing the best of both worlds.

The Penn Branch Citizens Association, as it was called until 1989, began through the formation of a number of committees, the responsibilities included working with the District and Federal Governments on varying problems. The most active committees over the years have been the Legislative and Public Works Committees, and the Neighborhood Security Patrol. Security Patrol members have contributed countless hours to assuring the security of the Penn Branch residents. The work of the residents who have served on the PBCCA’s many other committees have brought about many desirable improvements, and protected the community from unwanted change. 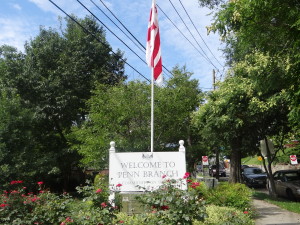 The association maintains a pocket park at the corner of Carpenter and O streets, the gateway to Penn-Branch. In the Spring, neighbors are called upon to help clean up the park and beautify it for all to enjoy it during the summer months.

A major project in recent years was the petitioning of the city to rebuild the crumbling O Street retaining wall.  The city also installed LED street lights throughout the area.

We usually host two major social events during the year, a Christmas Potluck and Carols on the second Tuesday in December (free – just bring a dish to serve at least four or more) and a Summer Community Day / Block Party, a proven fundraiser and a reliable good time for adults and kids alike. 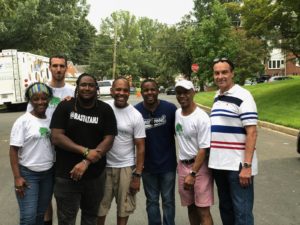 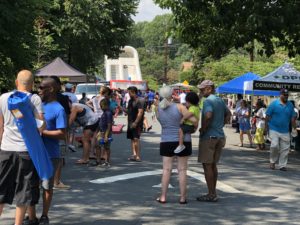 The Annual Membership drive runs from September to December. Through the year, the association welcomes the volunteer efforts of all Penn Branch residents in carrying out its programs. While its leadership has changed hands many times over the years, the association continues as a stable, cohesive force owing to the time and services freely given by residents.

The PBCCA is incorporated as a non-profit organization, and is a member of the D.C. Federation of Civic Associations. The By-laws of the association have changed from time-to-time; one significant change allows two votes per household if a two-member household exists.

The Penn Branch Citizens Civic Association is “A Community Committed to Excellence” with the goal to create a safe and desirable community in which to live.