This week we received official notice that PEPCO will soon install two electrical outlets in our very own 9-11 Memorial Park. This has been a 12-year effort led by Alberta Paul and

Last month PBCA Communications Director, Paul Grant was awarded a grant from DC Humanities, Oral History Collaborative Partnership to collect personal narratives from early Penn Branch families. The project, ‘We Are Penn Branch DC’ will focus on the stories of

As we move into the month of May, we celebrate the mothers, grandmothers, aunties, kinship caregivers, and other members of our community who provide love and guidance to us all.  For those whose mothers have passed, we hope this can be a time to

Spring is looking good. As the weather is getting nicer, now is

As COVID-19 keeps trying all of our patience, we hope to relieve

Watch the PBCA “Health & Wellness During COVID-19”  panel during our general body meeting from Tuesday, January 12th 2020 @ 7:00 pm.   Our panel and Wellness during COVID-19- Healthy tips for surviving and thriving in ‘the new normal’.

How does your garden grow? Native Plant gardening in Your Penn Branch Yard

What are native plants and why should we care about them?

Native plants are those that occur naturally in the region or ecosystem in which they evolved. Birds and insects have co-evolved with plants specific to a region and cannot survive long term without them. Gardening and landscaping with native plants adds beauty to your yard while improving the District’s natural environment. Even the smallest piece of native plant habitat becomes a part of sustaining the landscape for birds, bats, bees, and insects. We need these bees and insects to pollinate our vegetable gardens and to maintain the natural environment. Many butterflies and moths need specific native plants as food sources while in the caterpillar stage of development. The seeds and nuts from native plants are essential food for many types of local wildlife.

Plants that are native to the DC region evolved to perform well in our soil and climate. They do not require fertilizer and should not need to get watered when they become established after the first year unless we are in drought conditions. Keeping your dried native plant seed heads uncut provides food for birds through the fall and winter months. Using less chemicals or no chemicals in the yard and reducing water use creates a healthier, more sustainable environment for us all.

How to get started.

You don’t have to switch out your entire yard to native plants to help the environment. Every small step helps. Some native plant gardeners set a goal of 70/30 native to non-native but even that is a big change for many. Others take gradual steps to incorporate native plants into their home landscaping. One strategy is to always plant a native tree or shrub when you are adding or replacing trees or shrubs, and every time you plan to add more plants, make them native. Native plants can even be planted in pots.

Although you can find some native plants at local garden centers and big box stores, there are a number of nurseries that sell native plants exclusively, including Chesapeake Natives, Inc. in Upper Marlboro, Maryland which is a non-profit that sells plants native to our region. Learn more at www.chesapeakenatives.org

The DC Department of Energy and the Environment has a useful list of native pollinator plants and non-native invasive plants to avoid:

The DC Department of Energy and the Environment RiverSmart program will plant native shade trees on your property for free:

The Anacostia Watershed Society has a beautiful guide to wildlife and plants that are common to our Anacostia River watershed: 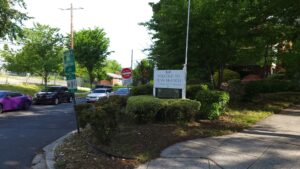 This week we received official notice that PEPCO will soon install two electrical outlets in our very own 9-11 Memorial Park. This has been a 12-year effort led by Alberta Paul and others. Having electric will make our gateway community park a well-lit, more inviting gathering place.  Also, we are asking everyone to donate an hour of time between 9am and 12pm, on Saturday, May 15th to help clean the park and plant new shrubs donated to us from the Anacostia Watershed Society (AWS). Remember to bring your tools and extra lawn and leaf bags! Also, we offer special thanks 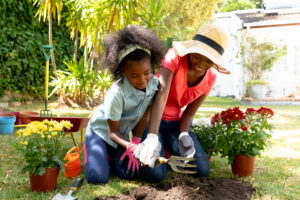 As we move into the month of May, we celebrate the mothers, grandmothers, aunties, kinship caregivers, and other members of our community who provide love and guidance to us all.  For those whose mothers have passed, we hope this can be a time to reflect on cherished memories. Happy Mother’s Day!   A big ‘Thank You’ to the many neighbors who donated funds to improve our Penn Branch 9-11 Memorial Park! In the coming months, the PBCA Executive Committee will announce a fundraiser related to continuing to improve the park while celebrating families—past and present—who are connected to our community.  We 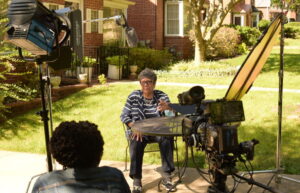 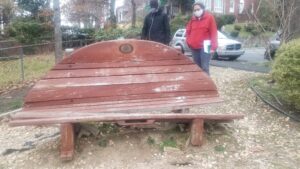 Join Us Saturday, May 15th @ 9:00AM On Saturday, May 15th at 9:00AM Penn Branch community members will meet to begin cleaning and restoration of 9-11 Memorial Park, located at the intersection of Carpenter Street and O Street SE.  In addition to cleaning, we will plant and install new shrubs and park signage purchased through a recent $1,000 grant from the Anacostia Watershed Society (AWS).   If you plan to join us, please remember to bring your gardening tools, including rakes, shovels, shears, trimmers as well as lawn and leaf and trash bags. Can’t Join Us?  Please Make a Donation The PBCA board is also 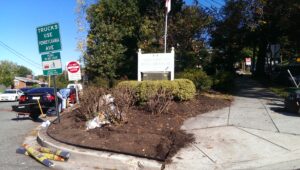 Spring is looking good. As the weather is getting nicer, now is the time to get back outside to prep our backyards, patios and gardens for use during throughout the warmer months. Your PBCA board has also sprung into action along with a few dedicated community members to help plan our first spring cleaning of 9-11 Memorial Park. It is the gateway to our neighborhood at the intersections of Carpenter and O Street SE. Last month, Joan McKenzie applied for and was awarded a $1,000 grant from the Anacostia Watershed Society (AWS), on behalf of PBCA, to spruce up the park. 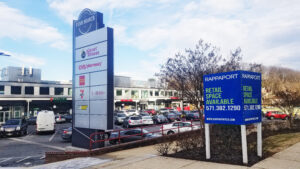 On Tuesday, March 9th and April 13th we discussed economic development in our area During our General Body Meeting on Tuesday, April 13th, PBCA will host part two of our discussion about economic development in our community. Our guests this month will be, Anthony J. Startt from Jair Lynch Real Estate Partners, owners of The Shops at Penn Branch and Faith Broderick from the DC Office of Planning (OCP) will be returning. About the OCP Small Area Plan Also don’t forget to attend the upcoming OCP community townhall on Wednesday, April 14 at 6:00pm to address the development of a

Kyle Murphy is a senior associate (non-resident) with the Center for Strategic and International Studies (CSIS). Prior to joining CSIS, he served as a senior analyst with the Department of Defense, where he authored assessments on global political and security issues. Kyle served at the White House from 2015-2017 as the National Security Council director for West Africa and as the acting senior director for Africa during the 2017 presidential transition. Kyle began his career in government on Capitol Hill, where he served on the personal staffs of Senators Jim Webb and Robert Menendez. Before joining government, he worked in youth education and served as a community organizer. Kyle has a master’s degree in security studies from Georgetown University and a bachelor’s degree in African and African-American studies, philosophy, and sociology from James Madison University. His analysis has been featured in various outlets including the BBC, CBS, France 24, MSNBC, and the New York Times. 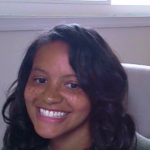 Cicily Hampton, PhD, MPA is a health insurance executive at a nonprofit health insurer, author,
health disparities researcher and the former Chief Policy & Programs Officer at an international public health association where she led the association’s legislative and regulatory advocacy activities to address public health, health disparities, school health, and health education in addition to planning and conducting advocacy trainings. Prior to joining the association, Dr. Hampton worked as a policy analyst where she evaluated health outcomes for North Carolina’s Medicaid program and developed a theory to measure health status. Dr. Hampton began her career advocating on behalf of patients enrolled in federal health programs as well as development and execution of lobbying strategies around delivery system and payment reform, quality metrics, and health disparities. She has more than a decade of experience in health care lobbying and designing advocacy strategies for nonprofit organizations. She enjoys traveling, reading, and community service. She holds a BA in Political Science from Seton Hall University, an MPA from American University, and a PhD in Public Policy from the University of North Carolina.

Mohammed “Mo” Williams is a former U.S. Navy Corpsman and he is currently working at the Federal
Aviation Administration (FAA) and the Program Manager for Workforce Planning and Analysis. His background in Financial Analysis, Financial Management, Program Management and Planning have adequately and effectively prepared him to perform the duties of Treasurer. Since, the conclusion of my Military service, Mohammed has worked as a Finance Analyst at Homeland Security, Country Development Officer at USAID, and now Program Manager at FAA. He was born in Freetown, Sierra Leone, and migrated to Alexandria, Virginia months before the civil war
started. He attended middle and high school in Virginia, and joined the Navy after graduation. During his 8 years in the Navy he traveled to 10 countries and deployed twice. He  moved back home after his time in service ended and attended George Mason University, while working at Lockheed Martin during the day.  Mo and his wife Tiffanie  moved to the neighborhood on Sept, 25, 2015, and they have three children. 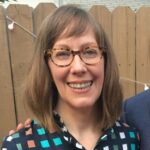 Marie was born and raised in northeast Pennsylvania and has lived in DC for over 20 years. After college she participated in a one-year volunteer service program in New York in which she lived and worked in a homeless shelter for women and children. She has worked in community development, direct social services, evaluation, and low-income housing policy. Marie completed her PhD in government and politics at the University of Maryland and teaches courses on social policy, social science research, and U.S. politics at American University. She resides on 38th Street SE with her husband, John Riley. 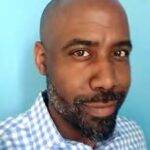 Paul Grant is a native of South Carolina. He is Chief Creative Officer and Senior Producer at Ascender Communications (dba Ascender Films, Inc), a full-service digital advertising and media production company, based in Washington, DC. He established the firm in 2005 and has 20 years of professional experience producing award-winning advertising and public health campaign messages for non-profit advocacy groups, businesses, and federal agencies. He also produces interactive content, oral histories and factual/exploratory documentaries for museum exhibitions and broadcast media. Paul is a member of the American Advertising Federation (AAF-DC), American Institute of Graphic Arts (AIGA), Women in Film and Video (WIFV-DC) and the Association of African American Museums (AAM). He studied film-making and graphic design at Virginia Commonwealth University, School of Visual Arts in Richmond, VA. In his spare time, he enjoys
reading, collecting and listening to vinyl records, and attempting open-fire cookery. He and his wife Tracey Middleton-Grant have resided in Penn Branch for 8 years. 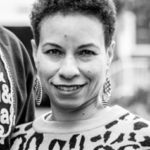 Natiya Curtis grew up in the Eckington neighborhood of DC in the 1990s. She attended Duke Ellington School of the Arts, Spelman College, and Howard University School of Law. After law school she  briefly practiced law in Philadelphia, but quickly realized there is no place like home. She is currently employed at the Social Security Administration (SSA) as an attorney. She has been a resident of Penn Branch since 2016. She lives with her husband and two children.