The approval of funding is a significant accomplishment of the Pennsylvania Avenue East Community Coalition (PAECC), a group of Community Civic Association Presidents and residents from nearby communities such as Dupont Park, Fairlawn, Fairfax Village, Fort Davis, Hillcrest, Penn Branch, and Randle Highlands, who are working together to bring long-overdue development to the area. The PAECC successfully solicited the support of Vincent Gray, Ward 7 Councilmembers; John Falcicchio, Interim Deputy Mayor for Planning and Economic Development; and Kenyan McDuffie, Ward 5 Councilmember and Chair, Committee of Business and Economic Development, to support the funding efforts.

These plans and report reflect the same recommendations; unfortunately, nineteen years (19) later, there has been little or no implementation to date. The PAECC followed the advice of the late John Lewis, “When you see something that is not right, not fair, not just, you have to speak up. You have to say something; you have to do something.”

Jacquelyn Cannon, Chair PAECC, states, “Our efforts started from a Change.org Petition created by Ayanna Smith requesting support for a Pennsylvania Avenue East Main Street Program. As a result of the petition and this funding, Penn Ave East will begin revitalization equal or similar to other communities in the District of Columbia. This is a major WIN for the community. The PAECC slogan is, “As DC Fights for Representation, We Fight for Revitalization.”

In the midst of COVID-19, we would like to wish everyone a very Happy Easter!  Although all of our lives have been upended by the pandemic, there is still hope that “this too shall pass.”

Now, more than ever, we need to come together as a community to help each other stay safe, healthy, and informed.  Call and check on your neighbor.  While practicing social distancing, talk to each other from across the fence or across the street. Pick up extra food or supplies from the grocery store and share with a neighbor.  Forward e-mails from the leadership teams about resources available in the community.  Read the upcoming PBCCA April Newsletter for updates on future PBCCA meetings, By-Laws, the 2020 Election and other vital information impacting our community. Lastly, visit coronavirus.dc.gov for the latest information and updates on COVID-19.

Do your part in helping the community stay connected. Together, we will get through this pandemic and be stronger on the other side.

If you have any needs, concerns, or ideas for how we can stay connected as a community, please send an email to info@pennbranchdc.org and let us know.

In the meantime, stay safe, healthy, and informed.

At the the Penn Branch Citizens Civic Association (PBCCA) Executive Board meeting held on March 3, 2020, the Executive Board agreed to bring to the General Body for a Vote the following proposal to adjust the Election Calendar to ensure that we can meet the community’s request for updated By-Laws that comply with current Federal and District of Columbia law.

The proposed Timeline will be VOTED on at the next PBCCA General Body Meeting currently scheduled for April 14, 2020. (Given the current DC State of Emergency surrounding COVID-19, this date may change. Stay tuned for future updates.)

In the meantime, send your questions or concerns to info@pennbranchdc.org.

The Subcommittee recommendations will be VOTED on at the next PBCCA General Body Meeting currently scheduled for April 14, 2020. (Given the current situation and DC State of Emergency surrounding COVID-19, this date may change. Stay tuned for future updates.)

Please review these documents and submit your questions, concerns, or updates to the By-Laws Subcommitte at info@pennbranchdc.org.

Recommended Ways to Protect Yourself: 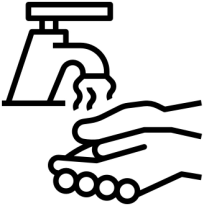