We are pleased to announce that Brain Kenner, Deputy Mayor for Planning and Economic Development, will be our guest speaker at Penn Branch Citizens Civic Association Community Meeting 7:00 pm April 12 at the Pennsylvania Avenue Baptist Church community room. 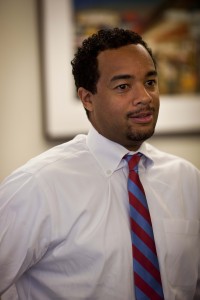 Brian T. Kenner was named Deputy Mayor for Planning and Economic Development (DMPED) by Mayor Muriel Bowser on January 8, 2015.  Prior to his appointment, Kenner served as City Manager of Takoma Park, Maryland, managing the city’s day-to-day operations. Before taking over management of the Washington suburb, Kenner served as the Chief Operating Officer for the Deputy Mayor for Planning and Economic Develop-
ment for the District of Columbia.  In addition to his familiarity with DMPED’s $13 billion portfolio, Kenner’s work for the District of Columbia included managing the team that completed the reuse plan for the Walter Reed Army Medical Center site.

Kenner has also worked as a Senior Fund Manager of the Community Investments Group at Fannie Mae; served as Vice President of the Public Institutions Group at Jones Lang LaSalle specializing in public-private initiatives; as a Manager of the Government Real Estate Advisory Services Consulting Practice at Ernst & Young; and, as a Presidential Management Fellow for the federal government.

Kenner’s background over the past 15 years includes working in various leadership positions for both federal agencies as well as private sector companies.  Brian has an undergraduate degree in biology from the University of Iowa and a Master’s degree in public policy from Harvard University.