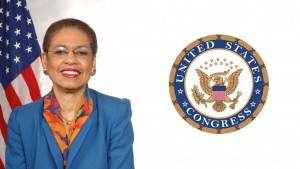 Among her accomplishments are senatorial courtesy to recommend federal judges, the U.S. Attorney, and other significant federal law enforcement positions for the District; up to $10,000 per year for all D.C. high school graduates to attend any public U.S. college or university and up to $2,500 per year to many private colleges and universities; a unique $5,000 D.C. homebuyer tax credit, which has sharply increased home ownership in the District and was a major factor in stabilizing the city’s population; and D.C. business tax incentives, including a significant wage credit for employing D.C. residents, which has maintained businesses and residents in the District.

We are very pleased to have Congresswoman Norton attend the November 10th PBCCA meeting.