Penn Branch resident, Bobby Chandler was featured in a recent episode of the hit PBS series ‘History Detectives.’  The show investigates the famously controversial image of Silas Chandler, a slave from Mississippi (and ancestor of Mr. Bobby Chandler), seated next to his owner, Andrew Chandler. Both men are brandishing weapons and wearing Confederate Army uniforms. It remains one of the most iconic images of our Civil War and for many years has inspired a ‘divisive and often confused debate about race relations in the Confederacy and the existence of black Confederate soldiers.’ 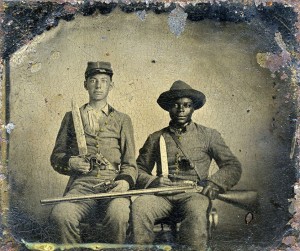 Watch this fascinating story online at: