Lloyd D. Smith was recognized as a pioneer and leader in housing, community and economic development throughout the Washington Metropolitan area. He also received national and international recognition for his many accomplishments and achievements. During the 1980s and 1990s, he served as President and Chief Executive Officer of the Marshall Heights Community Development Organization (MHCDO). Under his leadership, the organization grew from an annual budget of $115,000 to over $5 million and became known for developing single and multi-family housing and commercial properties, and for managing numerous social service programs. Prior to leading MHCDO, Mr. Smith had 27 years of federal and district government service. Mr. Smith was an organizing director of City First Bank of DC and was a mayoral appointee to the Board of the National Capital Revitalization Corporation. He became Chairman and served as Acting President of both organizations.

Mr. Smith was the recipient of numerous awards and honors, including the 1993 Local Minority Business Advocate Award; 1994 Points of Light Foundation Community Leadership Award; the DC Building Industry Association’s Community Service Award; and the Local Minority Business Advocate Award presented at the 8th Annual Salute to Blacks in Business. Mr. Smith was a graduate of the Leadership Washington Class of 1991, a recipient of the 1996 Washingtonian of the Year Award, and was inducted into the District of Columbia Hall of Fame Society in 2002.

Mr. Smith has been featured in several documentaries, and his story has been chronicled in The Washington Post and The Wall Street Journal. Mr. Smith was instrumental in arranging for former First Lady Barbara Bush and Queen Elizabeth II of England to visit Ward Seven in 1991. President William Jefferson Clinton toured the area in 1993. Mr. Smith had a passion for African-American history and genealogy. He founded The Pearl Coalition, which was formed to commemorate the escape attempt by 77 local slaves in 1848. He also did extensive research on his family ancestry and was compiling his memoirs prior to his death.

Penn Brancher, Mary Ann Smith is a founding member of the Lloyd D. Smith Foundation, and served as chairperson for five years. Recently, she assumed the role of treasurer. Mrs. Smith was married to the late Lloyd D. Smith for 25 years and is a long time resident of Penn Branch. We are proud of his contributions and legacy to the Penn Branch and Ward 7 community.

Last spring, the PBCCA Public Works Committee sent a letters to residents whose houses boarder the O Street Wall to make sure that all weeds, grass, and trees are at least 3 ft away from the wall. Most residents have done a stellar job of managing their yards and avoiding any impacts to the structural integrity of the wall. However, several homes still have weeds growing out of their yards and hanging over the wall itself.

The city will be coming out in January 2015 to clear these areas at a cost to each home.

DC Public Services Commission is hosting a series of hearings on an important issue that involves your electrical services and possibly your wallet.

This is not simply a takeover and name change, but something everyone in DC, especially east of the river residents, should know about and express their opinions on.  This merger can have a significant effect on not only the service you receive but also possibly the rates you will pay.  Please reach out to PBCCA Legislative Chair, Laura Richards if you have additional questions or comments at: Legislative@PBCCA.org.

Come out to one of the following hearings to learn more and share your thoughts.  You need to be heard!

Please join us in extending branches of holiday cheer with our neighbors as we share their culinary delights at our next community meeting.   We welcome contributions of your favorite dish, dessert or, click here to make a financial contribution to support our “Culinary Branches of Holiday Cheer”.

The celebration will begin immediately following our community meeting on Tuesday, December 9, 2014 at 7:00 p.m.    If you wish to contribute food, please send an e-mail to let us know what dish you will provide and the number of people it will serve. We are also looking for vegetarian and gluten free dishes for our neighbors with special diets.

Please contact Janet Strickland, Penn Branch hospitality chair to coordinate your contribution by no later than December 5, 2014 at: (202) 525-5972, by e-mail at:janet.payne.strickland@verizon.net

Former PBCCA VP, Ayanna Smith and her husband welcomed, Ms. River Asata Smith,  our newest resident to their home on May 30. 2014. 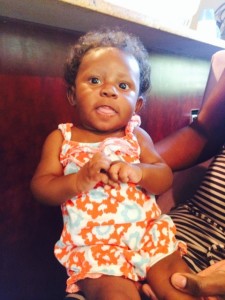 Ms. River was born at George Washington Hospital in Washington, DC and weighed-in at 8.15lbs!  PBCCA and the Penn Branch community congratulates the Smith Family on this beautiful, new addition to their family (and our neighborhood)!